Have you noticed? I'm trying to start a LJ renaissance. Between meetings.

Today I'm slightly sad about a crumble. Saturday I picked blackberries on the way home, and then made a crumble that we were supposed to have for pudding on Saturday night. But due to all the Saturday night drama, the pudding wasn't eaten. It is still untouched in the fridge, and I know that it's going to go in the bin. I mind more because I picked the berries, and it was the only blackberrying I've done this summer. I left it until the last minute. Next year I will try to do better.

Lastly night was my second night in a row of strangely disturbing dream activity. I notice I seem to get a surge of this sort of thing now and again. The night before last I dreamed I was looking at myself in a mirror and could see a network of very dark raised veins all across my chest. Since I find anything to do with imagery around the circulatory system very unsettling, unsurprisingly I woke up totally creeped out.

This morning I woke with intense pain in my head, neck and shoulders (the pain disappeared quite quickly once I was properly awake. I'd been dreaming about having to suddenly deliver a course about wild birds and plants. I was on some mad, hard to navigate campus, and had no idea where my class was. Some friends (who seemed more cheerful and confident) led me about, and finally halfway up a flight of stairs on a landing was a heavy curtain. One of the people I was with put her hand behind the curtain and found a door to a grassy area outside, and the class was assembling there. As I followed, I was frantically scanning a module guide to find out what the assessment criteria and activities for the course were. Everyone else was in a good mood and looking forward to the course. I was keeping up a professional veneer, but inwardly panicking.

This summer seems frantically busy, and it's whipping past like a chaotic dream in some respects. Tomorrow my sister and I are off to The Big Chill - I've wanted to go and see what it's like for ages. Now it's happening, I think I'm more interested in the idea of just having some time away with my sister hanging out in a field somewhere, and it'll be nice there's some interesting stuff going on around us. To be honest, my last camping trip was not so great, so I need another one to drive away the ambivalence. Next week, weather permitting, I'm camping again just for the weekend. So obviously I'm not that discouraged. The weekend after that is Pride, and the weekend after that I am planning the second anniversary picnic for my local electronic social network - last year's was really lovely, and I played football (for the first time that I can recall)! And that'll be August over and time to anticipate the new intake of students. I'm in such a good mood currently that I'm not even scared of autumn/winter approaching. So there.

Moto asked me this morning what's up -- I haven't been 'blogging much. The answer to why haven't I been 'blogging is basically Facebook. My main motivation for using here was general online social interaction, and it's so much easier to do that there. I feel like it reduces the drivel content here, which can't be a bad thing -- I used to do several 'blog posts a day sometimes, and it was all a load of crap.

That aside, I'm in a tremendously, sickeningly good mood lately for all kinds of reasons. This weekend was really lovely, for catching up with people I don't tend to see unless I go to these things. Also, spending some time with PB, who I've seen very little of this year because he's so very busy now, was really nice. Also, I've met someone new who I'm really keen on which is terrifying, but also very exciting.

After sneering at them for as long as possible, I finally bought a TomTom last weekend. It got me to a friend's housewarming at an unfamiliar location, and last night it got me to West Kensington. New car plus new electronic navigator (I love the way she says 'roundabout' - it's the one with the Irish accent) FTW. The return trip from London would have been just as trouble free had not some cows managed to wander onto the M4 just before Chippenham, causing everyone to have a mid-drive rest break.

My visitor returned from on Saturday after a week back in Spain. This evening she said to me that while she'd been away she had missed my cooking. In fact I think my cooking has been pretty unimpressive in the past few days. I was home alone last week, and my appetite's not what it usually is due to heat, humidity and a little over-excitement too, so I was having bits of old bread and marmite for dinner etc. So I need some sort of kitchen inspiration or something, because at the moment she's not getting the same standard she was getting a couple of weeks ago.

I Write Like by Mémoires, Mac journal software. Analyze your writing! 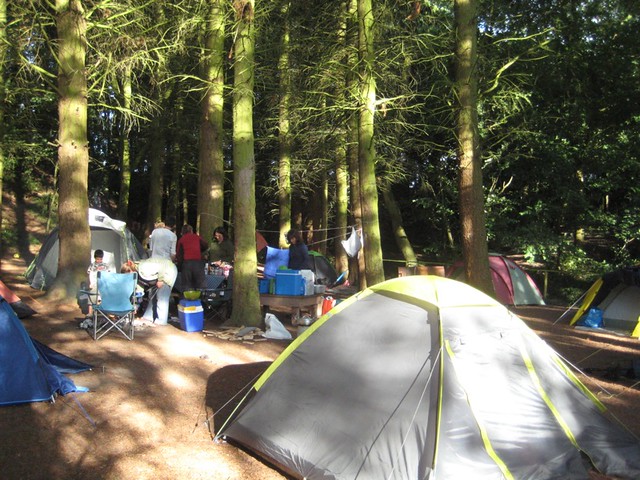 The lovely river, time outdoors, little tents, walking, cooking, talking, sitting around the fire with friends. I hadn't planned to go, but decided to late in the day, and I'm glad I did. Pickled onions in the ragout - an interesting idea. Did you pick that one up from Masterchef?